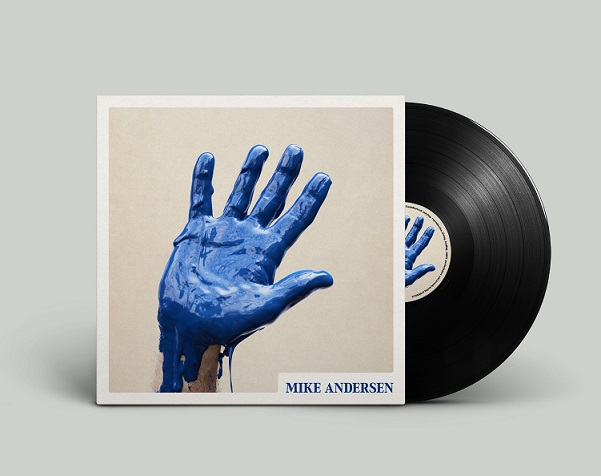 Mike Andersen opens up his 9th album with a bang: a self biographical song, 'Slamming The Door'. A humorous piece about being aware of what kind of person you want to become, both in music and in life before you actually end up slamming a door you should have left open.

"I've been writing sad songs so long, and then it struck me: The only way to survive emotionally in these turbulent times is to embrace the chaos weve been thrown into and accept the fact that, Yes, we all get messed up sometimes but that's ok. We can face this together"

It was out of this, that the title song 'Raise your Hand' was born. The sound of this song is different from the rest of the album, -being more old school with upright bass and horns, different from we've been accustomed to hearing from Mike and the band.

The rest of the album moves effortlessly through the myriad of genres we know from earlier Mike Andersen Band albums: A personal mix of the blues and soul music Mike fell in love with at an early age, but without the tyranny of "genre dogma". Mike and the band demonstrates increasing inspiration from from today's music.

With these 10 new original songs, Mike Andersen (at the ripe age of 44) takes us through the life stories of a man who has made it halfway.

From the tale of a guy who is so beaten by life's hardships, that he fears he may not be able to get up again after another bout; to a song about those days when good energy streaming through our bodies, makes even the most hopeless dancer jump up on the dance floor and dance like he's never done anything else.

From the paradox of a coffee date at midnight; to magical moments when we break free from our worries and concerns; to the "murder ballad" of a man who fantasizes about emptying both barrels af a shotgun into the man his loved one betrayed him with.

Mike Andersen's characteristic voice, his intense guitar phrasing, and not the least, the fantastic band he's had on the road for more than ten years, have created an album of natural practiced elegance. To capture this nearness and authenticity, the album was recorded 'live in the studio' on analog tape.

See everything with Mike Andersen (e.g. CD and LP)