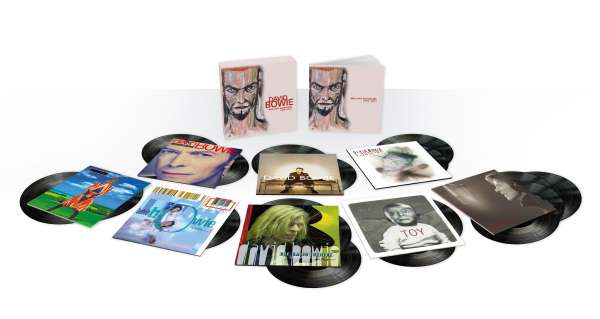 It's an eleven CD box, eighteen-piece vinyl set and standard digital download box set. The collection is named after the Koto led instrumental penultimate track from the hours... album. The box sets include newly remastered versions, with input from the original producers and collaborators, of some of Bowies most underrated and experimental material: BLACK TIE WHITE NOISE, THE BUDDHA OF SUBURBIA (available on vinyl for the first time in nearly 30 years), 1.OUTSIDE, EARTHLING and hours along with the expanded live album BBC RADIO THEATRE, LONDON, JUNE 27, 2000, the non-album / alternative version / B-sides and soundtrack music compilation RE:CALL 5 and the legendary previously unreleased TOY.

Very limited - we don't know how many copies we will receive. Delivery cannot be guaranteed. Copies will be distributed by order date.