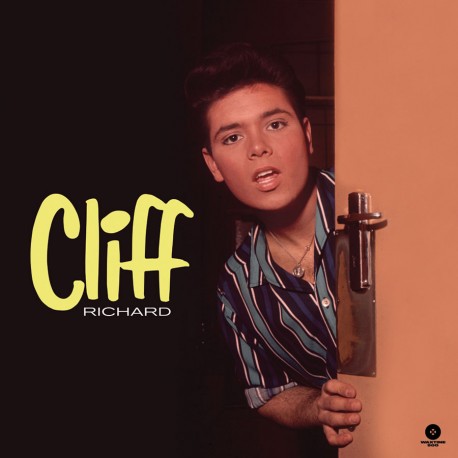 In 1958, Britain produced its first "authentic" rock & roll song and star, when Cliff Richard and The Drifters (not to be confused with the American R&B group by the same name) reached number 2 on the charts with "Move It," which managed to combine a bluesy rock & roll riff with respectable lyrics and attitude. This essential edition contains Cliff Richard's celebrated self-titled debut LP, Cliff, which was originally issued by Columbia Records in April 1959 (it reached #4 on the UK Album Chart), and has been long unavailable on vinyl. The set was recorded live at Abbey Road studios in front of an invited audience of his fast growing admirers. The 16 high-energy tracks are a representation both of the star's own early repertoire, and the staples of any aspiring rock & roll band of the era - a piece of Elvis, a bit of Buddy Holly, a lump of Jerry Lee Lewis. This wild young iconoclast's debut album retains every ounce of that power. Backed by The Shadows (at a time when they were still called The Drifters - later they changed their name to avoid a conflict with the homonymous American R&B group), it is a magnificent portrait of the team's capabilities. In addition to the original album, this limited collector's edition includes 2 bonus tracks from the same period: "Dynamite" and Carl Perkins' "Pointed Toe Shoes." This is some of the best material of Cliff Richard's discography - primal British beat from the man who all but invented it.