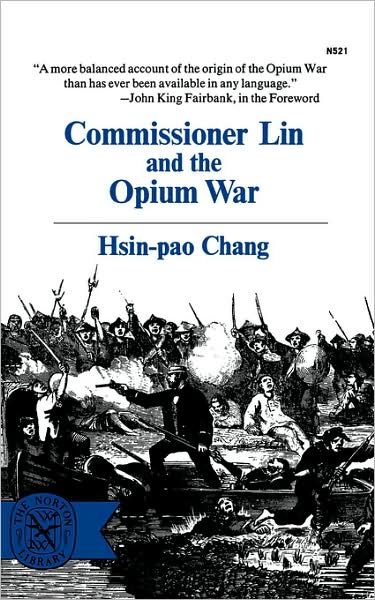 An ominous sense of inevitability hovered over Canton in the last days of 1839; war between the Chinese and the British was expected, for both sides had long felt the tensions arising from increased contact between an ever-expanding commercial system and a stagnant culture. The Opium War of 1840-1842 inaugurated China's modern century of humiliation. This book places it in historical perspective and also details the day-to-day crises that led up to the hostilities.

The Canton trade for almost a century had been the sole regulated channel between China and the Western world; as such, it had become the focus of many conflicts. Mr. Chang examines the development of this trading system and the British trade in China--a trade so valuable to the British that it was worth a war. He shows us the motives and tactics behind events in the crucial days of 1839, through Chinese and English eye-witness accounts, newspaper reports, official correspondence, private papers, British and American company records, and many newly available documents. He throws light on factors contributing to the conflict, such as the controversy over extra-territoriality, Britain's struggle for diplomatic equality in China, life in the foreign community confined at Canton, and the surrender and destruction of some 20,000 chests of British opium.

Mr. Chang is especially interested in assessing the role of Imperial Commissioner Lin Tse-hsu, giving a clear, fresh look into the character, motives, and actions of this brilliant man who was sent by the emperor to stamp out the opium trade, and then callously made a scapegoat for all of China's woes with Britain.