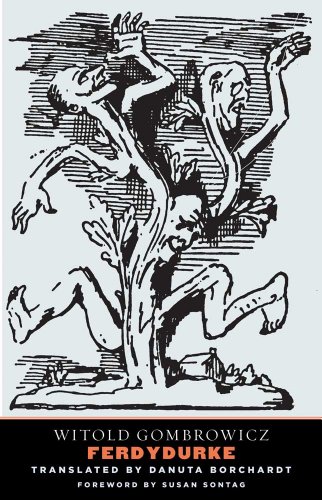 In this bitterly funny novel a writer finds himself tossed into a chaotic world of schoolboys by a diabolical professor who wishes to reduce him to childishness. Originally published in Poland in 1937, Ferdydurke was deemed scandalous and subversive by Nazis, Stalinists, and the Polish Communist regime in turn and was officially banned in Poland for decades. It has nonetheless remained one of the most influential works of twentieth-century European literature.

"Ferdydurke, among its centrifugal charms, includes some of the truest and funniest literary satire in print."?John Updike

"The author's exuberant humor, suggesting the absurdist drama of Eugéne Ionesco, if not the short fiction of Franz Kafka, is readily apparent in this new translation. . . . Highly recommended."?Richard Koss, Library Journal